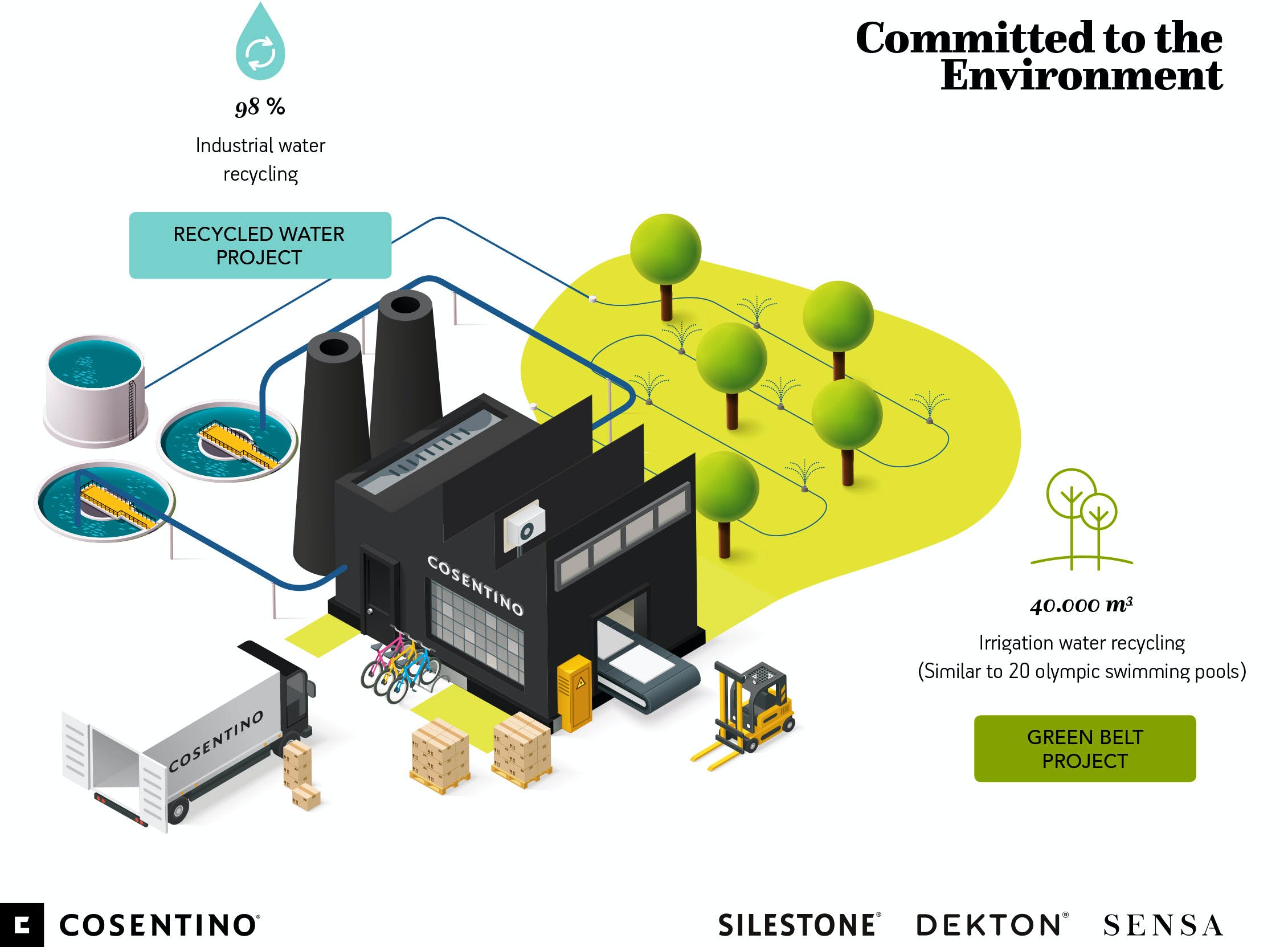 Cosentino Group celebrates the World Environment Day strengthening its solid commitment with sustainability, through innovation and continuous improvements to achieve a true circular economy model. This model has been consolidated over the past years by the company and focuses on the reuse of water in all its production processes, in reduction and in waste recovery. Finally, the model also tries to extend the lifecycle of the products fostering repair, reuse and recycling. Water shortage is driving today innovation to achieve water reuse. In addition, wastewater has become a valuable resource. Cosentino has achieved "zero discharge" of industrial wastewater in its Cantoria (Almeria) production installations. Thanks to an industrial wastewaters supply and treatment closed circuit system, the company finished 2017 with a ratio of 98% reuse of the water employed in its Industrial Park. Cosentino is also pioneering the intelligent recycling of water for irrigation of the wide green areas Cosentino has in its Industrial Park. Last year the company destined 40.500m3, the equivalent of 20 Olympic swimming pools, of the recovered water in the production processes to this use. Among the mentioned green areas, it is important to note another singular project which is the "Green Belt". A landscape project which completely surrounds Cosentino Industrial Park, which has generated 30.000m2 of new green areas, and the restauration of another 20.000m2 always with native species, in the year 2017. As part of Cosentino's commitment with water management, the company joined last April "EsAgua" platform, a pioneering initiative at national level whose objective is to position Spanish companies as reference for water footprint.